It is the eighth birthday of Seeing the Forest.
skippy is 8 years old. Pen-Elayne on the Web is 8 years old. Atrios is four months older (scroll to the bottom.) Liberal Oasis was June, 2002. Daily Kos was May, 2002. MyDD was even older. Credit where it is due: Dave Winer (scroll alllllll… the way down for a real shock).
8 years is many, many lifetimes in internet time. This blogging career enabled me to be the first person ever to post a picture of my dog from a national political convention and they can never take that away from me! (When you get there scroll down a bit, but then scroll up a few posts for another.)
To celebrate, here is a favorite post from August 2005, The Trade Problem: 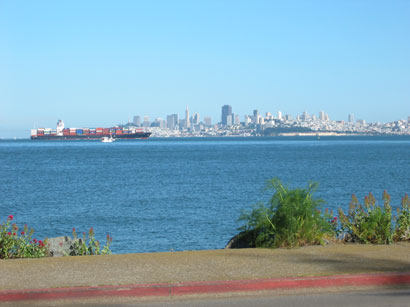 View of San Francisco from Sausalito. 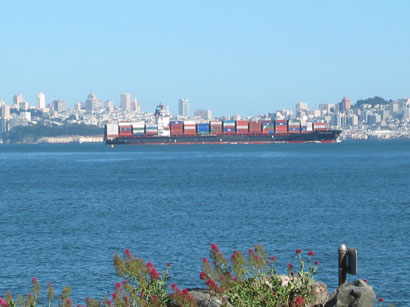 Or scroll through the Housing Bubble series starting in 2005. But who could have known?

You should click this and help support progressives! Also you can click here to learn why this makes such a difference.