Note – every time you come back there is a different picture in the masthead.

Seeing the Forest was a credentialed weblog attending the 2004 and 2008 Democratic National Conventions (didn’t want to go to the 2012 or 2016; 2020 on TV was more inclusive), and has been mentioned by the New York Times, Washington Post, BBC, USA Today, Los Angeles Times, Slate, New York Magazine, Daily Telegraph, Fox News and Wall Street Journal among other publications.

“Dave Johnson is a fantastic grandfather of the blogosphere.” — Mike Stark, BraveNewFilms.com

Dave Johnson is Founder and principal author at Seeing the Forest.

Dave is a frequent public speaker and talk-radio guest and a leading participant in the progressive blogging community.

Dave was previously a Senior Fellow at Campaign for America’s Future, writing about issues involving American manufacturing, trade, and industrial policy. Dave was also a Senior Fellow at the Center for Media and Democracy, and Renew California.

Before that Dave helped co-found Carbon Tracing, Inc., a company developing the desktop systems to validate carbon trading in the US.

Before starting Seeing the Forest, Dave had over over 20 years of technology industry experience and has previously held senior industry positions including CEO and VP of Sales and Marketing. His earlier career included technical positions, including video game design at Atari and Imagic, and he was a pioneer in design and development of productivity and educational applications of personal computers. Send e-mail to Dave. 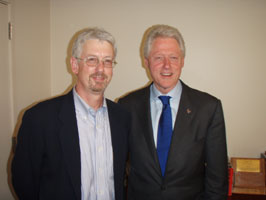 Dave with some guy 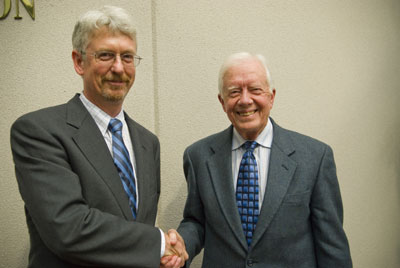